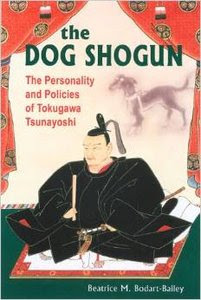 Tsunayoshi (1646-1709), the fifth Tokugawa shogun, is one of the most
notorious figures in Japanese history. Viewed by many as a tyrant, his
policies were deemed eccentric, extreme, and unorthodox. His Laws of
Compassion, which made the maltreatment of dogs an offense punishable by
death, earned him the nickname Dog Shogun, by which he is still
popularly known today.

Eric Shanes, “The Life and Masterworks of J.M.W.Turner (Temporis Series)