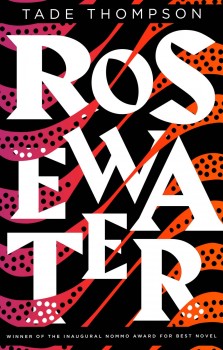 "One of the most imaginative alien invasion scenarios I have come across…"-Aliette de Bodard, Nebula and BSFA award-winning author of THE HOUSE OF SHATTERED WINGS"This thrilling, ambitious novel offers a deftly woven and incisive blend of science fiction, psychology, action, and mystery. Highly recommended."-Kate Elliott, author of BLACK WOLVES and COLD MAGICBetween meeting a boy who bursts into flames, alien floaters that want to devour him, and a butterfly woman who he has sex with when he enters the xenosphere, Kaaro’s life is far from the simple one he wants. But he left simple behind a long time ago when he was caught stealing and nearly killed by an angry mob. Now he works for a government agency called Section 45, and they want him to find a women known as Bicycle Girl. And that’s just the beginning.An alien entity lives beneath the ground, forming a biodome around which the city of Rosewater thrives. The cities of Rosewater are enamored by the dome, hoping for a chance…

Neal Shusterman – Arc of a Scythe 03 – The Toll