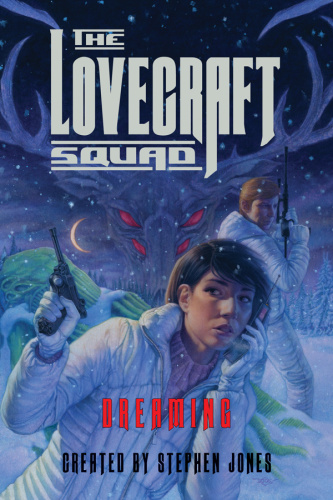 The third volume in the new interconnected trilogy that reveals the origins of "The Lovecraft Squad"-a super-secret worldwide organization dedicated to battling the eldritch monstrosities given form in H. P. Lovecraft’s fevered imagination.
In his house at R’lyeh dead Cthulhu waits dreaming.
The Armies of the Night are rising. Such clandestine cults as the Olde Fellowes and the Esoteric Order of Dagon, who worship a group of ancient deities called the Great Old Ones, are harnessing occult powers to open the doorways to the Dreamscape and other dimensions beyond space and time.
Now something big is coming-something that is already sowing the seeds of madness and chaos into the psyche of the world-and only the agents of the Human Protection League stand between this rising tide of evil and the enslavement and eventual destruction of the human race itself . . .
<p>Set against such historic events as the assassination of President John…