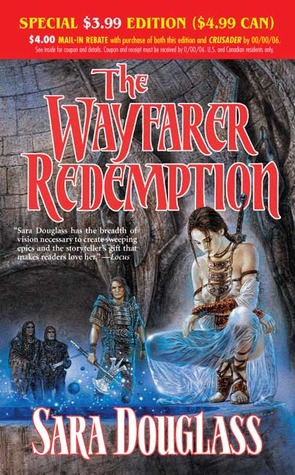 A millennia-old prophecy was given when the Forbidden Ones were driven from Achar. And now, the Acharites witness its manifestation: Achar is under attack by an evil lord from the North, Gorgreal-his ice demons strike from the sky and kill hundreds of brave warriors in the blink of an eye.

All Acharites believe the end is near.

One young woman, Faraday, betrothed of Duke Borneheld, learns that all she has been told about her people’s history is untrue. While fleeing to safety from the dangerous land, Faraday, rides with Axis, legendary leader of the Axe-Wielders-and hated half-brother of Borneheld-and a man Faraday secretly loves although it would be death to admit it. She embarks on a journey, which will change her life forever, in search of the true nature of her people.

This grand and heroic story tells the tale of one woman’s plight to learn the truth of her people and change their hearts and their minds forever. She fights against oppressive forces to share this reality and will not desist until everyone knows. . . . . The truth of the Star Gate.

short stories
The Evil Within
This Way to the Exit