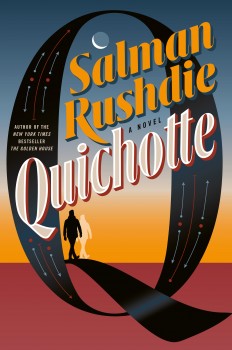 A dazzling Don Quixote for the modern age-an epic tour de force that is as much an homage to an immortal work of literature as it is to the quest for love and family, by Booker Prize-winning, internationally bestselling author Salman Rushdie

LONGLISTED FOR THE MAN BOOKER PRIZE
Inspired by the Cervantes classic, Sam DuChamp, mediocre writer of spy thrillers, creates Quichotte, a courtly, addled salesman obsessed with television who falls in impossible love with a TV star. Together with his (imaginary) son Sancho, Quichotte sets off on a picaresque quest across America to prove worthy of her hand, gallantly braving the tragicomic perils of an age where "Anything-Can-Happen." Meanwhile, his creator, in a midlife crisis, has equally urgent challenges of his own.
Just as Cervantes wrote Don Quixote to satirize the culture of his time, Rushdie takes the reader on a wild ride through a country on the verge of moral and…

Dorothy, Koomson, – Tell Me Your Secret