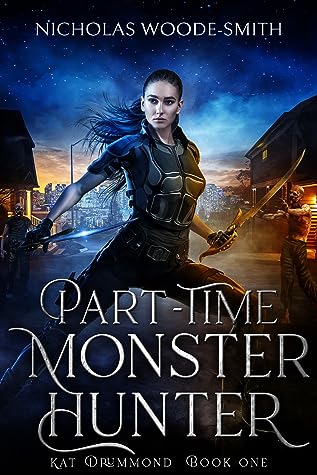 There’s a ghost inside in my head…

And I need to slay three monsters by lunchtime.

What could go wrong?

Well, I’m also trying to pass university, make friends, and find the man who killed my parents. And I’ve got rent to pay, a cat to feed, and I’m pretty sure the local grocery store is haunted.

This is a crazy world we live in. Monsters roam the streets, vampires run nightclubs, necromancers sacrifice little girls. Somebody has to do something about it.

My name is Kat Drummond, and I’m a Part-Time Monster Hunter.

Part-Time Monster Hunter is the first book in the Kat Drummond Series, an action-packed urban fantasy for readers who like their main characters bad-ass and their world filled with danger.