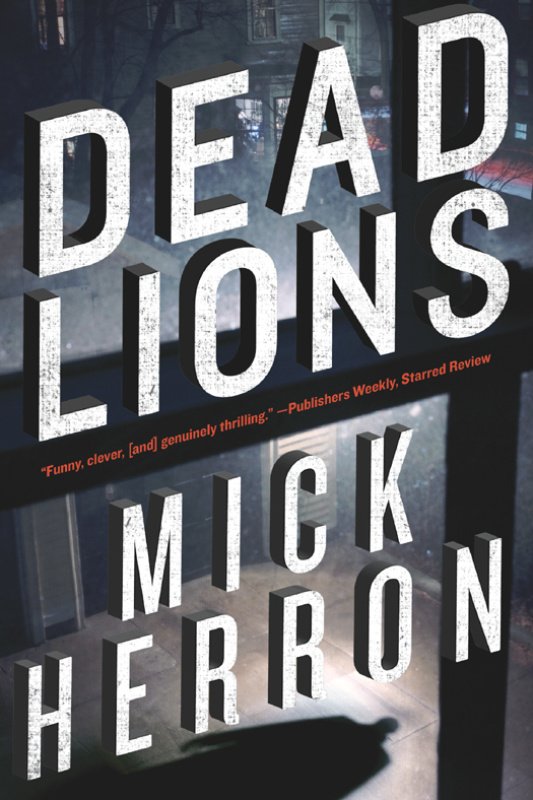 London’s Slough House is where the washed-up MI5 spies go to while away what’s left of their failed careers. The "slow horses," as they’re called, have all disgraced themselves in some way to get relegated here. Maybe they messed up an op badly and can’t be trusted anymore. Maybe they got in the way of an ambitious colleague and had the rug yanked out from under them. Maybe they just got too dependent on the bottle-not unusual in this line of work. One thing they all have in common, though, is they all want to be back in the action. And most of them would do anything to get there─even if it means having to collaborate with one another.

Now the slow horses have a chance at redemption. An old Cold War-era spy is found dead on a bus outside Oxford, far from his usual haunts. The despicable, irascible Jackson Lamb is convinced Dickie Bow was murdered. As the agents dig into their fallen comrade’s circumstances, they uncover a shadowy tangle of ancient Cold War secrets that seem to lead back to a man named Alexander Popov, who is either a Soviet bogeyman or the most dangerous man in the world. How many more people will have to die to keep those secrets buried?

“If you like your suspense novels told with a smart dash of wit and sarcasm, filled with lots of twists and turns, Herron’s your man.”
─Shelf Awareness

“[Dead Lions] features some of the twistiest plotlines in crime fiction…[and] is beautifully written but also elegantly structured … Ever since finishing Slow Horses, I’ve been waiting for a possible sequel. Now that it’s here, I have the pleasure of experiencing it, along with the pang of having finished it.”
─International Noir Fiction

“Dead Lions is at once a finely wrought thriller and a farcical, fiercely pointed tale of political greed and bureaucratic corruption. Mick Herron writes like a dream.”
─Open Letters Monthly

“Full of style and cynical humor …. Has all the punch-your-lights-out action of a movie thriller.”
─Read Me Deadly

"Mick Herron never tells a suspense story in the expected way … In Herron’s book, there is no hiding under the desk."
─*The New York Times Book Review

"[A] masterful thriller … The intricate plot, coupled with Herron’s breezy writing style, results in superior entertainment that makes most other novels of suspense appear dull and slow-witted by comparison."
─Publishers Weekly, Starred Review

"Like a good movie … grabs the reader from the first page."
─Booklist, Starred Review

About the Author
Mick Herron was born in Newcastle and has a degree in English from Balliol College, Oxford. He is the author of two books in the River Cartwright series, Slow Horses and Dead Lions, as well as a mystery series set in Oxford. He now lives in Oxford and works in London.