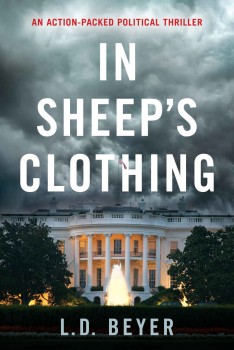 One man holds the reins of power.
One man vows to protect him.
One man vows to destroy him.
Caught in a game of chess he didn’t know he was playing until it was too late, the President makes the only move he can, plunging Washington and the nation into chaos. Stunned and reeling, Vice President David Kendall takes the oath of office and tries to heal a nation in mourning. But what the new president doesn’t realize is that things in the White House aren’t always what they appear to be, and sometimes what looks like the best option may turn out to be the worst. When one fatal decision triggers consequences he never envisioned, President Kendall finds himself caught up in the same game that cost his predecessor his life.
Although there was nothing he could have done, Secret Service Agent Matthew Richter is haunted by the death of the man he had vowed to protect. When his girlfriend dumps him and his boss tells him that his job is on the line, he thinks his life cannot get any worse. He soon realizes how wrong he is when he finds himself fighting to save another president from the deadly forces that he has unwittingly unleashed.
This new release by L.D. Beyer is a fast-paced, action-packed political thriller that will leave you on the edge of your seat.