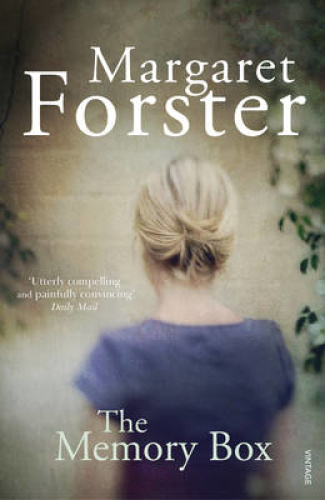 A powerful, dramatic and disturbing new novel about the long shadow cast by the memory of a dead mother on the life of her daughter — another brilliant exploration of family mythology and guilt from a novelist who reigns supreme in her territory .

A dying woman leaves a sealed box for her baby daughter. Years later, as a young woman, the daughter Catherine finds the mysterious box, addressed to her, full of unexplained objects — three feathers, an exotic seashell, a painting, a mirror, two prints, an address book, a map, a hat, a rucksack, and a necklace — and she finally starts to unpack, literally and metaphorically, the story of a woman whom she never knew but who has cast a long shadow over her life. Having a ‘perfect’, beautiful, dead mother has been a heavy burden to carry, and one she has tended to resent. But now she sets off on the trail of her ‘perfect’ mother, trying to unravel the truth about a woman who turns out to be more complex, reckless and surprising than her family have painted her. And Catherine has to face up to the truths about herself and the damage that guilt and silence have done to her own relationships. Only when she has come to terms with her dead mother, can she move on, to take up the challenges of her own young life.

Wallace Thurman – The Blacker the Berry