HomeHardy, Carlos - The B Gene 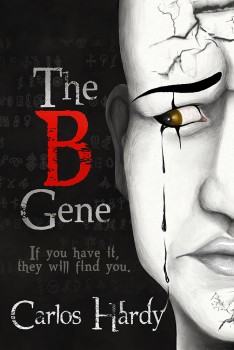 College Freshmen Caleb Prescott attends a HBCU on the outskirts of Washington, DC. Within hours of his arrival, every historic black University in America falls under attack, in the shadows of what national television coverage describes as "storms." Alongside a few of his hometown friends, Caleb walks the line to investigate the true origin of the encroaching destruction, and comes across a chilling discovery in the process. They unearth a project titled The Melanin Experiment, a piece of legislation designed to place one million African-American citizens into an unknown lottery. While the nation protest, Caleb is stuck, cut off from communication, with critical intel about the "storms." As he slowly uncovers the truth he finds himself at the center of a governmental investigation that he didn’t see coming.