HomeEbooksCole, Jagger - All He Wants

Cole, Jagger – All He Wants

Cole, Jagger – All He Wants 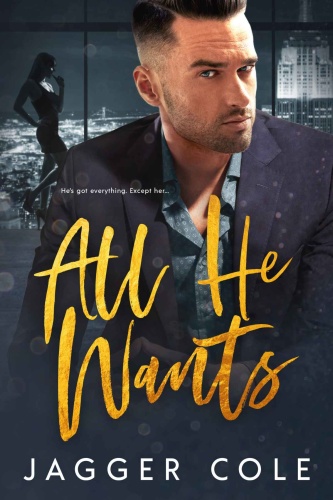 Julia:
Evan Danforth is a man who has it all – wealth, power, insanely unfair good looks, and his pick of the litter when it comes to women. I know I’m invisible to him. I know I’m just the barista that makes his usual ridiculously complex latte order. That is, until the day he tells me he needs me to save his billion-dollar empire.

Now I’m in way over my head as personal assistant to the hottest, youngest billionaire in New York. But the deeper I sink into Evan Danforth, the more I see there might just be one last thing on earth he doesn’t have, and wants.

Evan:
She’s the girl I can’t look away from-the gorgeous barista at my usual spot that takes my stupid latte order and takes my breath away. I know all she sees is another obnoxiously rich finance bro. But all I see is the one thing I can’t have.

She tests everything I am, and everything I have-my patience, my resolve, my sobriety. But right now, I’m a man at war. A rival has launched an assault on the empire I’ve built from scratch, and Julia Summers might just be the one addiction I need to save it all.

She might be the one thing I need to save myself.

This OTT romance is packed with instalove, no cheating, no cliffhanger, and a perfect happy ever after.

Jules Hornbrook – After Dario: In the Footsteps of a Legend