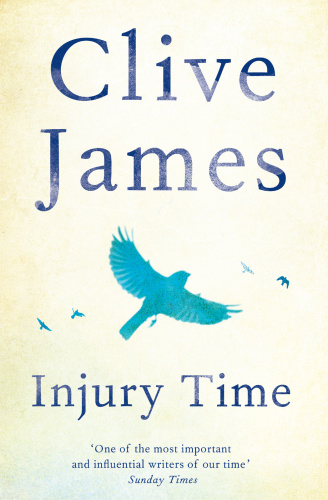 James’s confrontation with his approaching death is nothing short of inspirational’ Joan Bakewell, IndependentThe publication of Clive James’s Sentenced to Life was a major literary event: critically acclaimed, it debuted at #2 in the Sunday Times bestseller list. Facing the end, James looked back over his life with a clear-eyed and unflinching honesty to produce his finest work: poems of extraordinary power that spoke to our most elemental emotions. Injury Time, following Sentenced to Life, finds James with more time on the clock than he had anticipated, and all the more determined to use it wisely – to capture the treasurable moment, and think about how best to live his remaining days while the sense of his own impending absence grows all the more powerfully acute. In a series of intimate poems – from childhood memories of his mother, to a vision of his granddaughter in graceful acrobatic flight – James declares ‘family’ to be our greatest blessing. He also writes beautifully of the Australia where he began his life, and where he hopes to ‘reach the end’. Throughout Injury Time, James weaves poems which reflect on the consolation and wisdom to be found in the art, music and books which have become ever more precious to him in his last years.The poems in this moving, inspirational and unsentimental book are as accomplished as any he has ever written; indeed the unexpected gift of James’s Injury Time shows him to be in the form of his life.

Amanda Cox – The Edge of Belonging