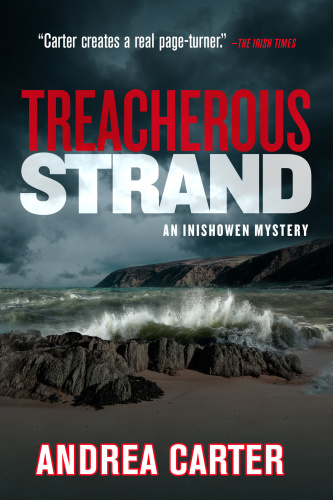 Perfect for mystery readers who enjoy character driven mysteries, with a strong female protagonist and a powerful sense of place
A woman’s body washes up on a remote beach on the Inishowen Peninsula. Partially clothed, with a strange tattoo on her thigh, she is identified as Marguerite Etienne, a French woman who has been living in the area. Solicitor Ben (Benedicta) O’Keeffe is consumed by guilt: for the second time in her life Ben has failed someone who needed her, with tragic consequences. When local sergeant Tom Molloy dismisses Marguerite’s death as the suicide of a disturbed and lonely woman, Ben cannot let it lie. Ben uncovers Marguerite’s strange past as a member of a French doomsday cult, which she escaped twenty years previously, but not without leaving her baby daughter behind. Disturbed by what appears to be chilling local indifference to Marguerite’s death, Ben pieces together the last few weeks of the French woman’s life in Inishowen. What she…